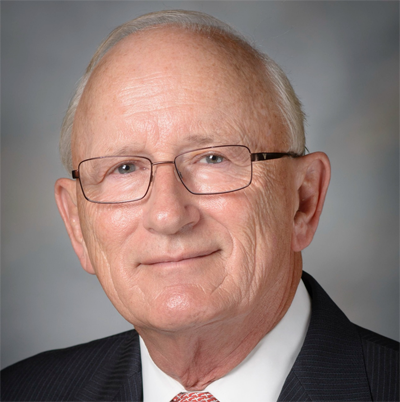 Mr. Hyslop has served more than 40 years as a health care leader and prior to MD Anderson, he served as the CEO of three general acute care hospitals and also as a regional CEO overseeing seven not-for-profit community hospitals.

He additionally organized and operated a national consulting firm that focused on healthcare merger and acquisitions, strategic business development and start-up company formations. He has worked in a diversity of settings that include for-profit and not-for-profit hospitals, independent hospitals and multi-hospital systems as well as in both public-general and academic organizations.

He is an experienced CEO and skilled healthcare consultant.  Mr. Hyslop remains as an adjunct professor at MD Anderson and in the past has authored a column on leadership for the national BizJournals.

He holds a Master’s in Healthcare Administration from Trinity University.